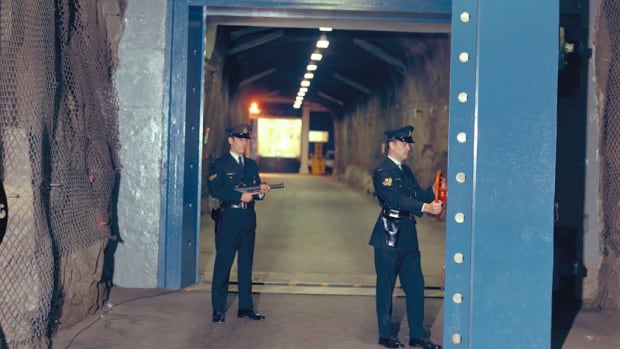 An underground bunker in North Bay may become a repository for millions of films and videos, if the Canadian Broadcast Museum Foundation has its way. (civildefencemuseum.ca)

A national foundation wants to store millions of videos, films and other recordings 60 storeys underground in an old Norad bunker near North Bay, Ont. in an effort to preserve the vast electronic record of Canadian history.

The Canadian Broadcast Museum Foundation is talking to federal officials about turning the mothballed complex into a secure repository for the country’s endangered audio-visual archive. It would also include photographs, scripts, set designs and other items of interest.

CBC archives back to the 30s

The foundation, a charitable organization dedicated to preservation of broadcast heritage, is working with the CBC to document its analog collection dating from the 1930s — a move that will help smooth its eventual transfer to the foundation’s custody.

The space needed to safeguard the CBC/Radio-Canada collections alone will be about one million cubic feet, said Kealy Wilkinson, the foundation’s executive director.

What can you fit into a million cubic feet?

The foundation is also aware of other significant collections held on a makeshift basis in institutions around the country. Inclusion of these materials would require another 800,000 to one million cubic feet.

The idea is to preserve original items even after they are copied into digital formats.

Digital copies don’t last forever and must be moved to new formats when old ones fall out of use, and each transfer carries a risk of quality loss, she added. “You’re not dealing with the original thing any longer, not even necessarily a very good copy as time goes on.”

Throwing decades-old tapes and films in the dumpster would be akin to tossing out Emily Carr paintings, early settler maps or Canadian war-service records, she said. “You just don’t do that.”

In addition, digital materials stored on hard drives are vulnerable to viruses and electromagnetic attacks that can wipe out records.

Library and Archives Canada doesn’t have the needed space for the collections, Wilkinson said. The foundation has an audio-visual storehouse in Toronto, but it is getting full.

Wilkinson considers the Norad site ideal due to its size, humidity and temperature controls, and other construction features that insulate it from seismic shock or external blast damage.

The military says the underground complex — completed in 1963 to monitor the skies for signs of enemy aggression — was engineered to withstand a four-megaton nuclear explosion, 267 times more powerful than the Hiroshima bomb.

Known to locals as “The Hole,” it housed a cafeteria, medical facility, operations rooms, command post and computer area. Three 19-ton steel blast doors could be closed to protect the hundreds of workers inside. 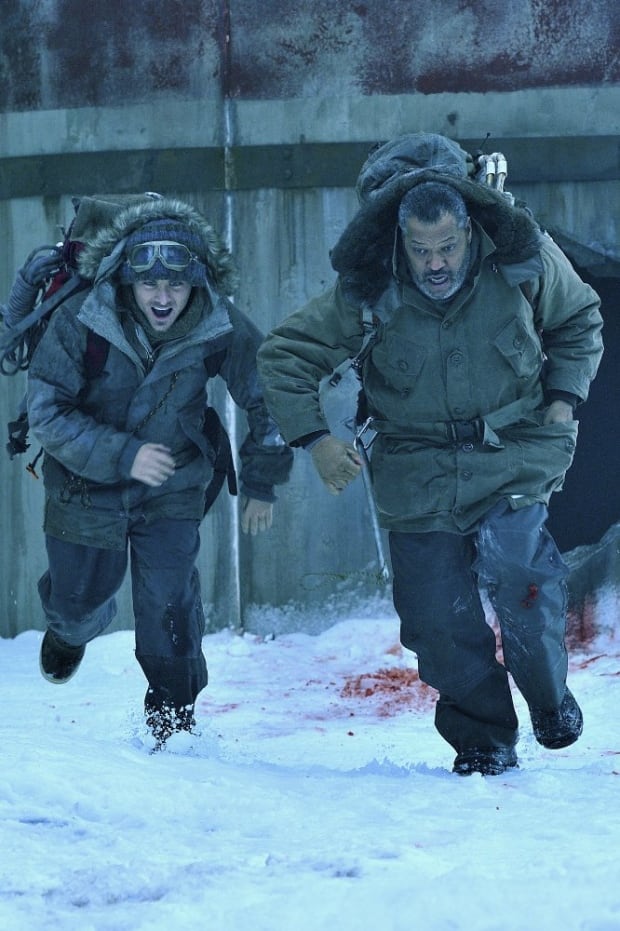 The 2013 movie ‘The Colony,’ starring Laurence Fishburne and Kevin Zegers, was filmed in the Norad bunker. (RLJ Entertainment/Image Entertainment)

The foundation has hired consultants, with a nod from Defence, to evaluate the state of the facility. “There’s obviously no point in our trying to push this idea forward unless we know that it’s feasible.”

Many details, including the cost of refurbishing the complex, are uncertain. But Wilkinson anticipates there would be an above-ground visitor centre for research purposes.

“That’s the whole point of this — to make sure that it is accessible to Canadians. It’s their cultural product, and their history.”