Review of Andrew Burtch’s Give Me Shelter: The Failure of Canada’s Cold War Civil Defence by Matthew Wiseman

Review of Andrew Burtch’s Give Me Shelter: The Failure of Canada’s Cold War Civil Defence by Matthew Wiseman 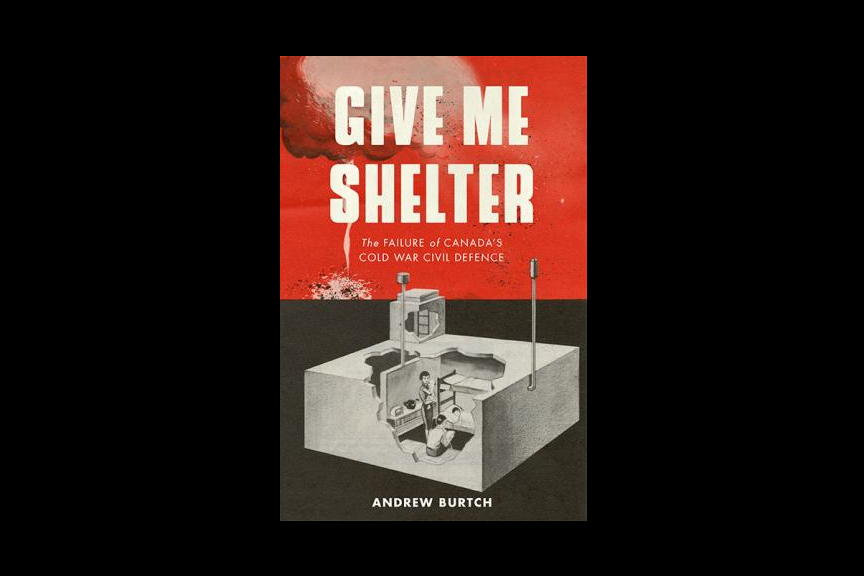 In the aftermath of the Second World War, the Canadian government recognized that its citizens were vastly unprepared to face an escalating nuclear threat, and before the bomb meant complete annihilation, policy makers decided that a strategy was needed to prepare the public for a potential attack. Civil defence (CD) planners in Ottawa were put to the task, and although no major war had been fought on Canadian soil for over 100 years, they implemented a campaign for a Cold War strategy that “had the ambition of preparing the populace, in the midst of optimistic post-war reconstruction, to absorb unimaginable damage and civilian casualties.” (p. 6) Andrew Burtch’s Give Me Shelter is the first attempt to tell the full story of Canada’s national CD policy, and the book illuminates important aspects of Canada’s Cold War experience that have long escaped historical examination. 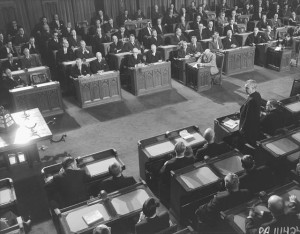 Burtch, who is the official historian for the post-1945 period at the Canadian War Museum, succinctly demonstrates a comprehensive understanding of this fascinating topic. This well-written and easily accessible narrative covers three distinct stages of CD planning in Canada during the first half of the Cold War period. Between 1948 and 1954, officials in Ottawa attempted to design and implement a self-help CD model that was based on British and German rescue, first aid, and firefighting tactics. Their plans altered quickly in 1952 when the United States successfully detonated a hydrogen bomb, at which point the radioactive severity of a potential nuclear attack forced a major critique of Canada’s CD policy. The self-help model was replaced by a calculated evacuation policy, in which specific cities were targeted to receive food provisions, shelter, and care for nuclear refuges in the event of an attack. In 1959 CD plans were adjusted for a third time, when it was realized that nuclear fallout would not be geographically confined. Since it no longer made sense for CD planners to target select locations for potential aid, they focused their efforts toward developing a comprehensive strategy of national survival.

At all three stages, Canada’s CD structure was dependent on volunteer participation. Planners implemented a recruiting strategy that was intimately bound to the concept of citizen-as-defender, where Canadians were obliged to serve in defence of their country. Using exhibits, exercises, church basements, movie theatres, and an extensive publication program, officials pushed CD as a civic virtue. After 1959, Prime Minister John Diefenbaker gave numerous speeches in support of CD Canada and its subsidiary projects, and increased public spending on emergency measures in an attempt to win over the public. But the stark reality associated with the possibility of nuclear annihilation produced an atmosphere of high anxiety, in which the notion of preparedness was ridiculed by an apprehensive public that rejected any belief that defence against nuclear war was possible. However much the government demanded public support for CD, lavish projects such as the Diefenbunker were ultimately unsuccessful at convincing Canadians to assume a civic responsibility. 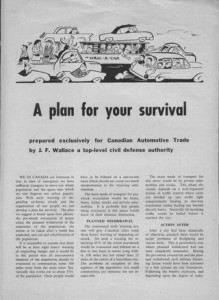 In the tradition of Laura McEnany, an American scholar who examined the cultural impact of America’s CD agency in Civil Defense Begins at Home (2000),[1] Burtch highlights frustration on the part of Canadian CD officials, who grew tiresome of the public’s apathetic response to their plans. While some citizens were willing to assume part of the responsibilities required of CD, monetary or otherwise, the majority of Canadians rejected the notion of civic duty by refusing to accept any personal responsibility for the survival of their nation. Most Canadians undermined CD efforts by ignoring disseminated information and refusing to volunteer, accept militarized survival training, or build the necessary bomb shelters that were required to survive a radioactive period of nuclear fallout.

In further discussing the “failures” of Canada’s CD policy, Burtch points to intergovernmental issues concerning responsibility. Officials in Ottawa thought that peacetime CD planning required provincially located resources, but the federal government had difficulty convincing its provincial and municipal counterparts to comply with the policies and guidance drawn up by CD Canada. Those opposed to the CD requirements demanded of the provinces and municipalities by the federal government, argued that the price and complexity of nuclear defence made it a national rather than a local responsibility. (p. 221) Opponents also pointed to technological advancements in Cold War weaponry – namely the development of the hydrogen bomb and intercontinental ballistic missiles to deliver them – to argue that CD was a federal responsibility which required greater involvement by the armed forces at the national level. Yet according to Burtch, the greatest hindrance to Canada’s CD was psychological. To the public, “air-raid sirens, additional fire trucks, and do-it-yourself shelter designs were no match for Soviet thermonuclear bombs and intercontinental ballistic missiles,” and Canadians were never convinced “that their contribution to CD would satisfy the public good.” (p. 14)

In addition to the nature of the citizen-state relationship, the balance of civil-military relations, and the inadequacies of government planning, the author maintains that Canadians rejected CD because the bomb could not be defended against. As evidence, he points to the ineffectiveness of CD during the Cuban Missile Crisis: “Despite over a decade of CD publicity and exercises, the citizenry had no conception of what they were supposed to do to escape immediate or lingering death from blast and radiation.” (p. 206) Yet at no point during the early Cold War period, including that terrifying week in October 1962, was Canada’s CD policy implemented to a level at which it can be fully assessed. For Canadians to have had the full opportunity to reject CD, a nuclear bomb would have had to be donated on Canadian soil, but this thankfully never occurred.

Unlike most historical examinations of Canada’s Cold War experience at home, which focus almost exclusively on the rise of the national security state, Give Me Shelter investigates a complex narrative across social, political and physiological themes. It is a national study that spans a wide topical and geographic scope, and Burtch makes impressive use of a variety of original sources. He relies heavily on CD Canada records, as well as archival evidence from Library and Archives Canada (LAC) and the Department of National Defence’s Directorate of History and Heritage (DHH), which is home to a seven-volume diary of Major-General Frank Worthington, who was Canada’s federal CD co-ordinator between 1948 and 1959. In an attempt to gauge public opinion and offer a balanced perspective of Canada’s CD efforts, Burtch also makes use of newspapers, magazines, and letters from citizens. In so doing, he explores the cultural impact of nuclear war fiction on the Canadian psyche. The most influential example is Nevil Shute’s novel-turned-film On the Beach (1957), which satirically depicted the horrors of radioactive life after the bomb, and evoked anti-war and pro-disarmament attitudes in the public that increased pessimism toward CD. (p. 195-197) Although no gauge of public opinion is fully accurate, Burtch deserves credit for his engagement with the citizen voice.

Although Burtch adequately describes his source base, he does not provide information regarding material availability. It remains unclear if archival evidence on Canada’s national CD policy was at once unavailable to Canadian historians. Clarification in this regard would help explain why little previous work has been done on this intriguing topic. In fact, aside from an unpublished organizational survey entitled Plan for tomorrow… Today! The Story of Emergency Preparedness Canada 1948-1999, no formal study has examined the history of Canada’s national CD policy.[2] Give Me Shelter is set in this historiographical framework, but Burtch does not explain why CD has escaped Canadian literature. It seems that he has stumbled on a topic that has slipped formal historical analysis for reasons that will remain unclear.

Ultimately, Burtch’s treatment of Canada’s Cold War CD is harsh but fair. His study is strongest as a critique of CD Canada, yet he goes to great lengths to demonstrate that the organization set its own priorities and followed its own agenda. This, in spite of a 1951 formal accord which mandated that, “in the event of an atomic attack or major disaster,” the CD agencies of Canada and the United States, “would operate as if there were no border.” (p. 13) By exposing overlooked aspects of Canada’s immediate reaction to the post-1945 nuclear threat, Burtch breaks new ground on an important topic that can no longer remain ignored. His efforts have unearthed evidence that will certainly enhance and challenge some of the more predominant interpretations associated with government policy during the era, and Give Me Shelter will accordingly remain of the utmost value to anyone interested in Canada’s Cold War experience at home.

[2] Written by David McConnell of Heritage Research Associates in 1998, Plan for tomorrow… Today! The Story of Emergency Preparedness Canada 1948-1999 can be accessed through the Diefenbunker’s Official Website (http://diefenbunker.ca/pages/online_documents/History_of_EPC.shtml).