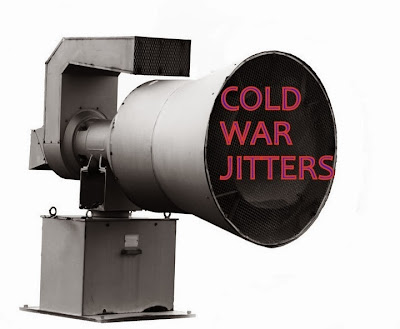 My earliest childhood memory is one of contagious fear which was spreading through our  North End neighbourhood. I have distinct recollections of listening to adults discussing an impending nuclear attack. Smile if you please, but in October of 1962 the Cuban Missile Crisis terrified Canadians. The  standoff, which Robert Kennedy later called THIRTEEN DAYS**, almost lead to a nuclear war and Saint John, N.B. was known to be on the Soviet target list. In 1962 I was only four years of age, but old enough to understand that the “big people” were scared. On Churchill Boulevard, a few anxious families emerged from their homes after supper and gathered in a small knot in front of my grandparents apartment (No. 218 Churchill Blvd.) to share their thoughts. I have a permanent recollection of a multi-engined aircraft passing over our heads in the night sky. It had a rapt audience. Voices fell silent and anxious grey faces craned to follow the twinkling navigation lights until the drone of aero engines was absorbed by the distant hills. Someone blurted out news of a neighbors fear. “The McIntyre’s took their mattresses to the basement. They’re going to sleep in the basement!” I recall that nobody laughed at the gossip. I was too young for school but I know that North End kids were being given rudimentary instruction at school on the rudiments of surviving the initial hydrogen bomb blast.

** I still have my copy, with pencil notation “Ronald J. – 1970“.  This was my reading material at age twelve, when we were living at 209 Churchill Blvd. – about a hundred feet from  where the rattled adults had gathered to gossip in 1962. For we school kids of the ’60-’70s, classroom discussion of a “World War Three” was the big time waster that “Global Warming” is today.  Students still practice the fine art of baiting the teacher, to burn up their hour. 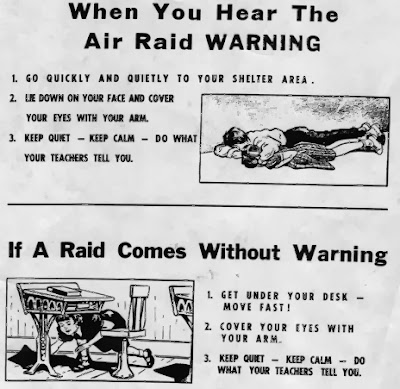 A poster for Canadian school kids – Cold War period.  There is no longer a Civil Defence Program in Canada, and the sirens have been dismantled.

One of my favorite memories of childhood in the North End was the annual testing of the air raid siren. Wherever I happened to be, I would stop what I was doing and absorb the raw power of the rising wail. But it was the delicious descending tone, lasting a full minute, which always thrilled me.  I was a big reader and one of my favourite genres was Post-Apocolyptic fiction. Somehow the siren’s wail, along with the occasional overflight by NATO aircraft, added zest to the staple of my adolescent reading life. 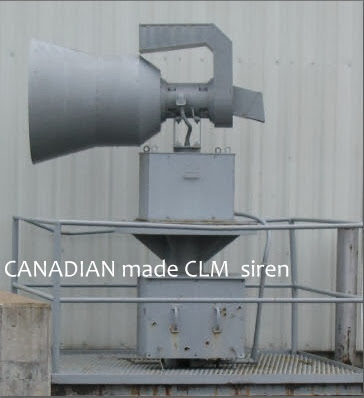 Saint John had a well organized civil defence program during the Cold War – perhaps the best of any Canadian city of comparable size. It was organized largely by the tireless Lt. Col. E. M. Slader, a veteran of WW1 and later Chief of Police, who battled long and hard for the funding of civil defence projects. Some interest was generated in 1953 when ON GUARD, CANADA! , a national tour promoting civil defence, arrived in the city. [If any reader saw that exhibit, I would appreciate hearing from you.] The show was called a “convoy,” adding a sense of urgency to its public education mission. It was eight trucks filled to bursting with exhibits promoting awareness and the need for protective measures. Local schools were encouraged to bring students to view the trailer displays. Few knew, but that same year Col. Slader was tasked with preparing plans for the only feasible option to Soviet atomic attack – the full scale evacuation of the city. 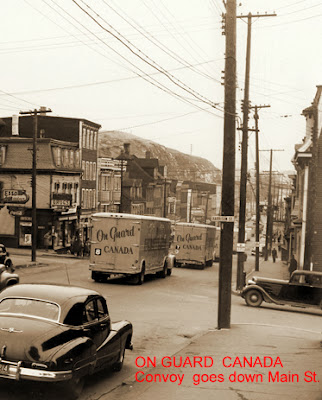 That evacuation provision, never supported by the City or the Province, was abandoned in 1959 and planning turned to effective rescue coordination. In one major exercise, which involved the skills of 1200 regular army troops, militiamen, police and civilian volunteers, simulated mass casualties were evacuated through the valley to secure positions in East Saint John. (I understand that an expose-type article was published not long ago in the local newspaper, which described “discovery” of defence planning for the Saint John Target Area at the height of the Cold War, but I haven’t read it but as with most Canadian history, it is left for journalists to “discover” what historians walk around with in their head.  I am currently interested in the impact which Civil Defence preparations, and the acquired knowledge of C.D. leadership, would have on the welfare of families living in the Saint John Valley.) 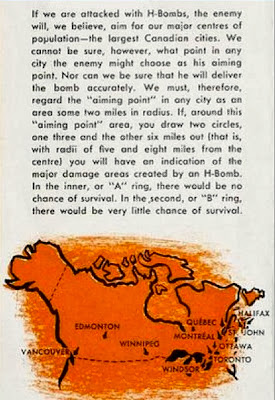 Excellent examples of the great need for civil defence planning arose from the many fires which had plagued residents for decades  – North End and East End neighbourhoods in particular. One telling example was an inferno which destroyed five buildings on Main Street in October of 1950. The blaze, between Sheriff and Simonds Streets, put 150 people on the street, 78 of them children, and killed Fire Captain L.J. Hayward. Civil Defence Wardens immediately mobilized municipal and corporate resources, including buses and trucks. Within 24 hours Col. Slader had called a meeting of all Welfare Agencies in the City, with a finance committee chaired by Travis Cushing, the Civil Defence Welfare Officer. Their “Can do!” response to calamity in the North End, was the genesis of a dedicated nucleus of talent, of tasks willingly borne by men who knew each other well, and who accepted responsibility for protecting their neighbours. A decade of joint civil-military preparedness followed, which not only served the city well but I would argue, set precedents for the planning of the truly massive displacement and resettling of Valley residents during Urban Renewal “campaign” of the 1960s.

PRO – NUKE LIBERALS  IN  SAINT JOHN –  1963
One truly forgotten bit of Cold War trivia was played out in Saint John during the Federal Election of 1963.  Lester Pearson needed a breakthrough or two in the Maritimes, and one of them was delivered by a veterans’ group.  The National President of the R.C.A.F. Association was, at the time,  Philip F. Connell, D.F.M.,  an investment broker (Director with Nesbitt, Thomson & Co. Ltd.) and a veteran of Bomber Command.  The Liberals we recall, were lead by Lester Pearson,  who was a recipient of the Nobel Peace Prize.  Just in advance of the election the Liberals’, needing to appear hawkish, came up with a clear-cut policy advocating that Canada accept nuclear weapons for her NATO and NORAD forces. In effect, they would allow American basing of nuclear-armed BOMARC missiles, designed to detonate nuclear air bursts in front of Soviet overflights of North America. 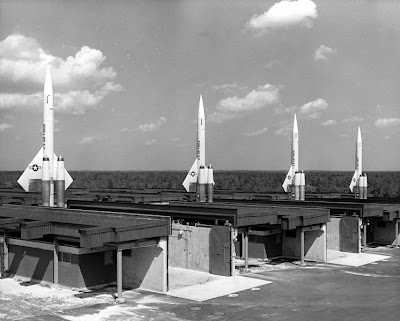 A BOMARC battery on American soil. (Photo scrape from Wikipedia)

On January 15, 1963  Mr. Connell, from his Saint John office, issued a Press Release in which the R.C.A.F. Association endorsed the Liberal Party of Canada policy on nuclear weapons.  His statement read in part: “We of the RCAF Association feel the people of Canada will welcome such a firm decision to accept fully and completely our obligations to our allies and the responsibility for the proper defence of Canada and its people.” The resulting Canadian Press report was printed in newspapers across Canada. As luck would have it, Pearson became Prime Minister, formed a Minority government, and American BOMARC batteries were installed on Canadian soil – under American control.  The first nuclear capable “Canadian” BOMARCS went operational in December 1963.  The President of the RCAF Association and Mrs Connell, later made a national tour – Toronto to Victoria, in which he continued to make remarks supportive of the nuclear weapons policy of the  new Liberal Government.