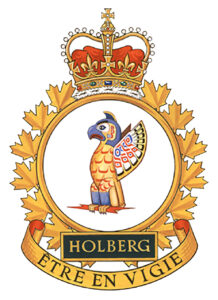 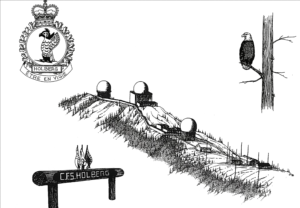 Station Holberg is located at the head of the Holberg Inlet on the North West corner of Vancouver Island, British Columbia. The general terrain is ruggedly beautiful and ideally suited to good hunting and fishing. The weather is moderate, with a considerable amount of rain in the winter months.

CFS Holberg is a unit of Air Command and is further allocated to Fighter Group, which is responsible for providing Combat ready Air Defence forces to enforce Canadian sovereignty over national airspace and to meet Canada’s commitment to continental defence under the NORAD agreements. As mentioned above operational control of our day-to-day activity is exercised by 24 NORAD region with headquarters in Malmstrom AFB, Montana. CFS Holberg is also responsible to the Commander of Pacific Region on such matters as medical, legal and aid to civil authority.