Since its inception in the 1950s within the context of civil defence, emergency preparedness training in Canada has evolved with changing world conditions, modified government priorities and shifting strategic directions. Consultation and cooperation between federal, provincial and territorial governments has informed the establishment and direction of training programs. As with the previous embodiments of the College, the programs of the Canadian Emergency Management College continue to evolve to address the current emergency management and preparedness needs in Canada.

Following the Second World War, civil defence continued to be recognized as a national concern in Canada. At the Dominion-Provincial Conference in August 1950 it was agreed that the federal government would be responsible for setting up central schools to train instructors and leaders, prepare instructional manuals and provide training materials. The provinces were to ensure the formation of local civil defence organizations and coordinate civil defence plans and training within the provinces.

From 1951 until 1954, federal courses were given at the Federal Civil Defence Staff College in Ottawa. Each province was assigned an agreed upon number of spaces and determined who would attend. As well as staff forums and courses for instructors held in Ottawa, special courses were given in atomic/biological/chemical warfare defence.

The establishment of the Canadian Civil Defence College in Arnprior, Ontario, in January 1954 greatly increased the capacity of the federal government to train civil defence personnel. The college was designed for 2,000 students per year, but usually accommodated more. At this time, the responsibility for civil defence, including the College, was under the Department of National Health and Welfare.

The main objectives of the College were to train specialists in aspects of civil defence work and assist others with responsibilities in local civil defence. The focus of the courses conducted at the College between 1954 and 1972 related to wartime planning, particularly nuclear warfare. These included courses for all phases of civil defence orientation, planning and operations, indoctrination for medical personnel and training techniques, among others. Other initiatives included conferences for municipal leaders and forums in communication and engineering.

The focus of the courses conducted at the College between 1954 and 1972 related to wartime planning, particularly nuclear warfare.

In 1959, the Civil Defence Order was promulgated, creating the Emergency Measures Organization (EMO), under the Privy Council Office. In 1962, the government transferred the responsibility for civil emergency training to the EMO. The capacity and continuing practice of delivering training in French as well as English was established. In 1963, the EMO was placed under the responsibility of the Minister of Defence Production within the Department of National Defence.

In 1965, the designation of the College was changed to the Canadian Emergency Measures College. Over twenty different types of courses were offered at this time.

The late sixties and early seventies saw a decline in interest in wartime civil defence planning and a growing interest in civil protection. Consequently, in 1972, the College started to offer courses to municipal officials and employees that focused on dealing with peacetime disasters.

By 1980, renewed interest in emergency planning, with an emphasis on peacetime disaster response, led the federal government to merge the Emergency Planning Secretariat and Emergency Planning Canada within the Privy Council Office. The government established the Joint Emergency Planning Program (JEPP) to fund emergency preparedness programs and to arrange for provinces to receive financial assistance to meet the costs of major disasters. Training activities at the College increased from 10 courses in 1977 to 116 courses and related seminars in 1985.

As part of the heightened interest in emergency planning during this period, the College was granted a formal coat of arms by then President of the Queen’s Privy Council, The Honourable Yvon Pinard. The coat of arms and its official description are:

“Azure, within a palisado circle Argent, a lamp flamed Or.”

“The palisado circle is by its nature symbolic of defence against danger from any quarter. With its twelve palisades it takes in many ideas related to twelve. The number twelve is symbolic of cosmic order and of salvation. It is the basis of all dodecanary groups and in this case also represented the ten Provinces and two Territories that existed at the time linked to form the unifying circle of Canada. Related to it are the notions of time and space and the wheel or circle. The lamp, with its flame, is symbolic of intelligence and the spirit. In this instance it brings light by way of truth and information on how to face up to and cope with any emergency that might arise.”

While the College coat of arms is no longer used officially, visitors to the College will see it on our walls and its image is represented on our website as a link to the College’s heritage.

By 1985, emergency preparedness training had reached a peak at the Federal Study Centre with over 100 courses, workshops and seminars being offered. As a result, the training and administrative responsibilities of the Arnprior site were transferred to Emergency Planning Canada while Public Works retained custody of the site and its buildings. At this time, the facility was renamed the Canadian Emergency Preparedness College (CEPC).

In 1986, Emergency Planning Canada’s name was changed to Emergency Preparedness Canada (EPC) to better represent its function. The mid eighties also saw the formalization of relationships with the provinces and territories (except Alberta and Quebec). Memoranda of Understanding (MOUs) were signed which included the agreement that the federal government would maintain a central training facility, consult with provinces and territories regarding training requirements and provide financial support to provincial nominees attending training at the College.

From 1989 to 1994, a number of reviews were undertaken concerning the scope and responsibilities of the College. In 1993, the Canadian Council of Ministers Responsible for Emergency Preparedness approved the Federal/Provincial Strategy for Training and Education in Emergency Preparedness and Response (Training Strategy). The Training Strategy was a five-year program during which the provinces and territories assumed greater responsibility for their own training. The College continued its function as a national focal point for emergency preparedness training, reduced its number of general offerings and concentrated primarily on advanced and specialist level courses as well as performing more development work to help trainers delivering instruction within their regions.

The Training Strategy, which ran from April 1994 to March 1999, resulted in more Canadians receiving training and education in emergency preparedness and response than in the past. In addition, a number of related projects were completed, including alternate forums of learning. In the end, all jurisdictions agreed that another “Strategy” would be required to maintain the impetus into the new millennium.

In 2000, the College and its provincial and territorial partners started developing the National Training Strategy, which was approved in 2001. The strategy provided a framework to provide a sustainable emergency management training program. The College also reviewed its course offerings and focused on Incident Site Management and various emergency operations centre courses.

In response to the events of September 11, 2001, the College was given the mandate in 2002 to coordinate the development of a federal CBRN program for first responders. Initial delivery of the CBRN program began in 2003.

In 2003, the College moved from Arnprior to a larger modern facility in Ottawa. The Ottawa location includes classrooms, discussion rooms and simulation rooms, all of which are equipped with a full range of audio-visual equipment.

The College became part of Public Safety and Emergency Preparedness Canada in 2004, the federal department responsible for coordinating the government of Canada’s response to any emergency event. The year 2004 also saw the College produce, in collaboration with its provincial and territorial partners, a new Training Strategy Action Plan for 2005-2010 and begin an ongoing review of its mandate and programs.

Despite the changes to its identity and training programs, the College has remained a source of pride among the almost 100,000 emergency management personnel who have attended our programs. Canada was among the first countries in the western world to develop peacetime emergency and response training programs. Correspondence from former students who have been actively involved in major disasters testifies to the fact that training can and has made a difference.

2006: In March of 2006 the College was renamed the Canadian Emergency Management College

Proud Member of The 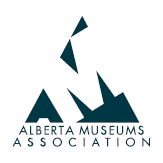